A freebie just for the crochet people as soon as I can find the photos I too earlier I will post them here. However here is the link https://app.box.com/embed/as6ydvoc0ogdlm5.swf
"
Posted by NANNASWORKROOM at 10:29 PM No comments: 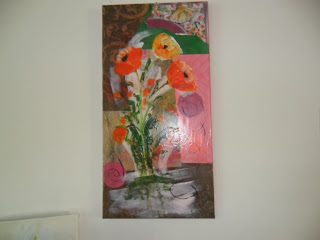 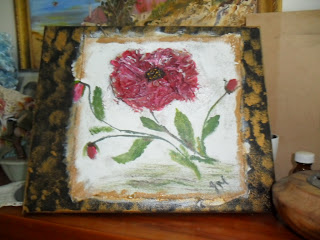 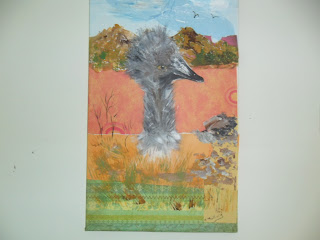 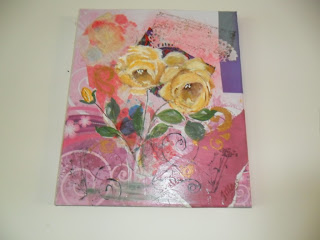 hello Happy New Year to everybody, I hope all your dreams come true in2013.So what have I been doing, apart from lots of Christmas Sewing I've been painting and painting and drawing and having a fun time. Now I'm organising a Mixed Media Art Workshop for February. If you have never tried mixed media you dont know what you are missing, believe me its so much fun. So what is it, Its glueing, pasting moving, stamping, inking, placing paper, moving and tearing paper, using modeling paste and ghesso and palette knifes and paint brushes, painting with acrylic paint, check some of my pictures out. Dont you love the ugly emu hes really having a bad hair day, poor guy. 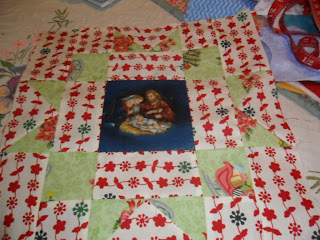 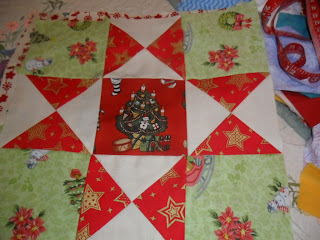 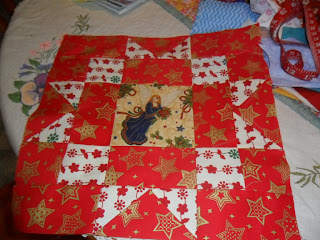 photos of blocks for the Block swap, its harder choosing for others isn''t it. But always fun.
Posted by NANNASWORKROOM at 5:49 PM No comments:

Hi, I have just listed the pictured items for sale on Etsy, so check it out, click the link and it will take you there, 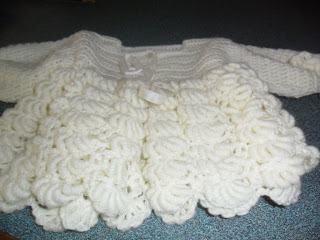 ok one item, This is a crochet baby jacket In Bouillion Stitch, my specialty,  The other photo would not upload so will "play"and upload it when this machine lets me. BYE
Posted by NANNASWORKROOM at 4:47 PM No comments:

Hi everyone, I feel I really have been letting the side down as I've hardly been online this year. Its been an awful year. My oldest son and his youngest son were involved in a dreadful truck accident , the semi, rolled avoiding a tree, then exploded, my son received burns while rescuing his son from the fire, both very lucky to be alive., 6 months later still recovering. My mother sadly passed away, really caused by not receiving medical attention, difficult to deal with that, as my sister and I were not allowed to see her before we lost her, the facility was in quarentine because of a virus.We are still coming to terms with that situation. Now its almost Christmas once again.I'm busy, sewing, painting, pencil drawing, gardening, fostering rescue doggies, tutoring at U3A, volunteering at the Artisan Guild and generally keeping busy. Breaking in a new computer, HP touch screen all in one desktop, frustrating at times as its running windows 7, but I'm getting there. Take care everybody, I must get some more patterns posted for you all. Byeeeeeeeeeeeeeeee

Posted by NANNASWORKROOM at 6:44 PM No comments:

Hi everyone, well its almost countdown time, I'm of on a holiday, a cruise on the Pacific Sun, first cruise but I'm not going alone there's a group of 4, ladies similar age we are intending to have fun. Making sure that we have lots of seasick pills, plus ginger, and ear plugs in case we snore. I organised it so having first pick of the beds, the important stuff, plus first nanna nap in the afternoon. LOL, which we will probably all need as the youngest is 65 and the oldest 77. Now I'm feeling a little nervous that its getting closer, but still determined to enjoy it. If we all have a good time we intend doing a much longer cruise towards Christmas, 2 weeks to New Zealand. Anyway I will keep you all posted. take care, bye
Posted by NANNASWORKROOM at 2:29 AM 1 comment:

Email ThisBlogThis!Share to TwitterShare to FacebookShare to Pinterest
Labels: OFF CRUISING

A new free pattern for you to download A gorgeous original crochet beaded crinoline lady, enjoy

we are in
AustralianPlanet
australia's guide

words for the day 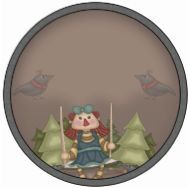